I usually don’t post a piece until after I’ve had some distance and have been able to gain clarity around the emotions. I have struggled with whether or not to post this one because I’m still in the midst of the experience. I’m still sick over it, I’m still trying to get in touch with my body and its signals. As I write this, I have a horrible cold. Maybe it’s because I caught it from my kids or maybe it’s because being sick is the only way I can let myself rest. Either way, I’ve never been as grateful for my body as I am right now, for what it knows and what it’s helping me confront.

I’m reading a book called The Body Keeps the Score: Brain, Mind, and Body in the Healing of Trauma by Bessel van der Kolk, MD. This book has been a revelation to me and is helping me to put this experience into perspective and move another step closer to healing the whole me. All phrases in italics are quotes from this book. 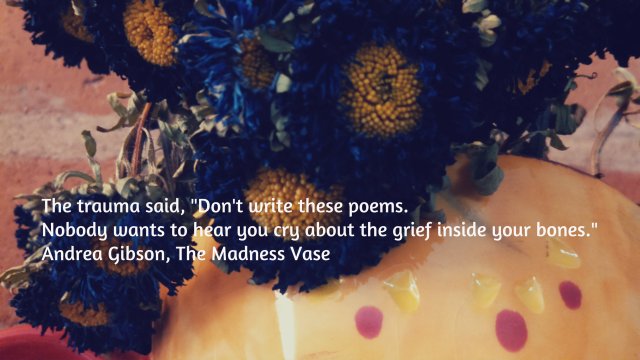 “I think I have food poisoning,” I tell my husband.

“The greatest sources of our suffering are the lies we tell ourselves.”

The pain and cramping is familiar but I want to deny what’s really causing it. I know from experience that this is the way my body copes with trauma but the trauma it’s coping with happened 28 years ago. I always feel betrayed when my body does this to me but maybe it feels betrayed by me too. It’s trying to tell me something and I don’t want to listen.

“Trauma victims cannot recover until they become familiar with and befriend the sensations in their bodies.”

A few days ago, my husband said out loud what I’ve been unsure of for a long time.

The realization feels good, it feels complete. It’s almost as if I can say the words, hold their weight and move on. It’s not like I haven’t thought it before but for him to say it out loud is the validation I need but have never given myself. But my heart is racing and I feel like I can’t breathe. I feel frozen and liquid at the same time. I’m sitting with my knees curled up into my chest, a human rolly-polly bug.

“Physical self-awareness is the first step in releasing the tyranny of the past…Noticing sensations for the first time can be distressing, and it may precipitate flashbacks in which people curl up or assume defensive postures.”

We were talking about my post that was about to be published on The Sisterwives, the one about the sexual abuse I suffered when I was 11. He tells me he’s proud of me and that he now has a deeper insight into everything I survived. Of course, he knows the story. He knows all my stories but seeing it written down impacts him differently than it had before.

“Being able to feel safe with other people is probably the single most important aspect of mental health; safe connections are fundamental to meaningful and satisfying lives.”

I feel brave talking to him about it so we talk about some of the other things that happened to me. I remind him about the man who had sex with me when I was 17. That’s how I always describe it. He had sex with me. Not, I had sex with him. Not, we had sex. I’ve never been able to say it that way.

“As long as you keep secrets and suppress information, you are fundamentally at war with yourself…The critical issue is allowing yourself to know what you know.”

I’ve told my husband this story before but this time, I give it context. I tell him about how the man was dating a family member but always found reasons to get me alone when he came over. He befriended me during the most difficult time in my life. I was 17 and had recently told my family that my aunt’s husband molested me and my friend when we were 14.  It turned our worlds upside down. CPS and the police were involved and my life was out of my control.

This man became a shoulder to cry on. He told me I was smart and beautiful. He made me feel special. He’d say things like, “You’re much more mature than most 17 year olds.” I soaked up the attention and praise. I was lonely, depressed and filled with shame over what I was doing to my family. I was too naive or too filled with self-loathing to see that it was just history repeating itself. It was nearly identical to what had happened with my aunt’s husband. I was falling for it all over again.

“Many of my patients have survived trauma through tremendous courage and persistence, only to get into the same kinds of trouble over and over again. Trauma has shut down their inner compass and robbed them of the imagination they need to create something better.”

When he asked me to come to his apartment one day when his girlfriend was at work, I did.

He was my friend, as much as any 30-something man can be to a 17 year old. So, I went to his apartment and it wasn’t long before he was kissing me. When he began to take off my clothes, I froze. Like a deer in headlights. Like a bunny.

“(When) we can’t get away, we’re held down or trapped – the organism tries to preserve itself by shutting down and expending as little energy as possible. We are then in a state of freeze or collapse.”

I remember being on the bed and completely frozen, so unmoving that he began to berate me.

“What’s wrong with you? Move a little for god’s sake. What’s your problem? Did you walk in on your parents having sex or something? Are you frigid?”

I didn’t say no. I didn’t say yes. I didn’t even move. I don’t know how I could’ve made myself more unappealing but it didn’t matter to him. We wanted different things. I wanted a friend and he wanted some idealized version of Lolita. He knew my past, he knew what had happened with my aunt’s husband, he knew how devastated I was by the story coming out and by what it was doing to my family. He knew all of that and he still just wanted to have sex with me.

“Being able to move and do something to protect oneself is a critical factor in determining whether or not a horrible experience will leave long-lasting scars…Immobilization is the root of most traumas…Your heart rate slows, your breathing becomes shallow, and, zombielike, you lose touch with yourself and your surroundings.”

Later, when he found out that my aunt’s husband had been sentenced to prison, he called to threaten me.

“I WILL NOT go to prison like him. You will tell NO ONE what happened between us. If you do, you will be VERY, VERY sorry.”

I assured him I wouldn’t tell.

What would I have to gain? Telling about my aunt’s husband had been a nightmare. I had no intention of going through anything like that again.

I hung up the phone with him and called the therapist I had been seeing. I told her that I needed to be checked into someplace and that I was a danger to myself. Hell, I was a danger to everyone who came near me. She arranged for me to spend 2 weeks in a psychiatric facility.

“When the alarm bell of the emotional brain keeps signaling that you are in danger, no amount of insight will silence it.”

I tell this story to my husband and he replies, “You were raped.”

It’s hard for me to stand up with my fist in the air and say, “Yes! You’re right, dammit.” I don’t know if other people would see it that way. I don’t feel any comfort in giving it a label.

“We may think we can control our grief, our terror, or our shame by remaining silent, but naming offers the possibility of a different kind of control.”

I do know that my body won’t let me ignore it. I’m literally sick to my gut. I’d love nothing more than to lay down and sleep for days. My body is telling me that if I try to downplay this revelation, it will make me remember.

So I will listen. I will write. I will tell.

“We have discovered that helping victims of trauma find the words to describe what has happened to them is profoundly meaningful, but usually it is not enough. The act of telling the story doesn’t necessarily alter the automatic and physical hormonal responses of bodies that remain hypervigilant, prepared to be assaulted or violated at any time. For real change to take place, the body needs to learn that the danger has passed and to live in the reality of the present.”

← A Recovery Story on The Sisterwives Today
Connections, Blog Crushes and #1000Speak →

58 Comments on “My Body Remembers” 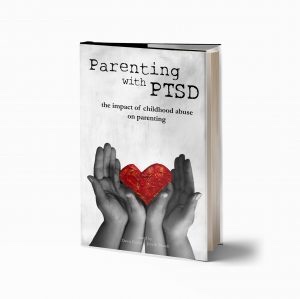 This is my Alexa shopping list. New blog post up today! Come tell me how you’re feeling. Link in profile. 😘